By default a new Rule set in ClockOn will set Long Service Leave (LSL) to be accrued in weeks. When LSL is set to accrued in ‘hours’ the ClockOn system pro-rata’s the accrual based on hours actually worked. 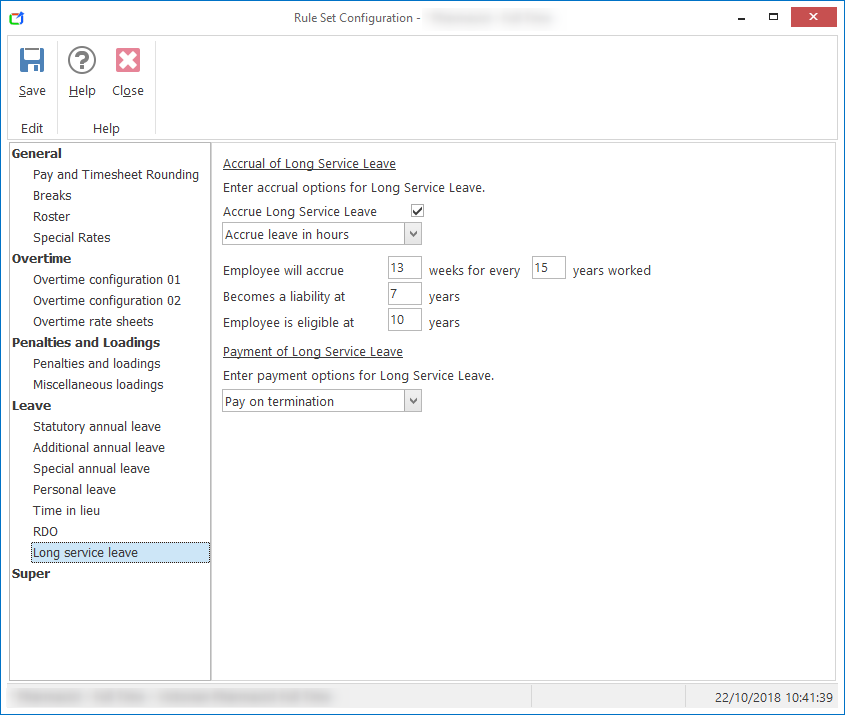 First it works out the accrual in weeks (it always does this).

In the Rule Set Configuration, using LSL accruing at 13 weeks for each 15 years worked (or 8.666666 weeks per 10 years worked) each employee accrues:

Then it pro-rata’s based on hours worked.

NOTE: The actual payroll screen will always show accruals in weeks only (even if you have the ‘hourly LSL accrual’ set ). DON’T PANIC as The hourly LSL accrual is calculated at the same time and shown on the employee's detail screen as their running balance (after processing the pay).

Screenshots from the payroll screen:

Screenshots from the employee form:

In addition there are a range of reports designed to report on LSL in hours rather than weeks. These can be found under the leave reports where the reports

Example of a report: